All Credits go to Alison Bonaguro

It’s time to reassess that smoothie. 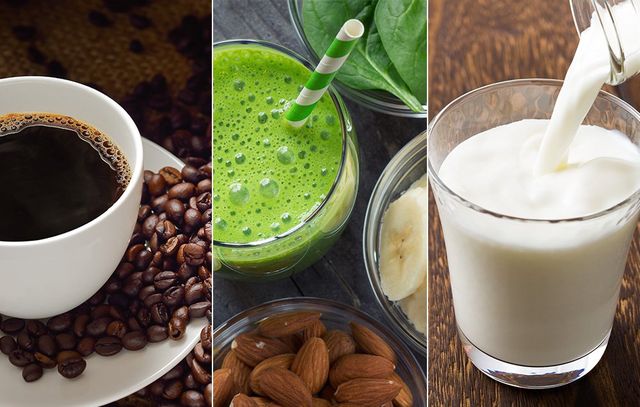 You already know the bad guys, right? The milkshakes, margaritas, unnecessary sports drinks, and super-sized Cokes. If you're trying to lose weight, it's pretty obvious that you've got to cross these off your list of go-to bevvies.

But that's not all that's screwing over your big plans to get in shape. Even some seemingly-innocent sips can set you back.

"You can literally guzzle down hundreds of calories without even realizing it," says Karen Ansel, R.D.N., author of Healing Superfoods for Anti-Aging: Stay Younger, Live Longer. That's because our brains don't register feelings of fullness from liquids the same way they do from solids, she says.

Obviously, if you're trying to lose weight, you're way better off getting your calories from actual food rather than drinks because they'll help you feel full longer, she says. But something tells us that you're also a human and drinking water 24/7 isn't super thrilling at 4 p.m. when your brain hurts.

From your first cup of coffee in the morning to that afternoon iced tea, we compiled a list of the drinks you should avoid—or at least drink in moderation.

Those flavored fraps, mochas, and lattes you crave first thing in the morning aren't going to help you get to your weight-loss goal any quicker. But that doesn't mean you have to quit your caffeine addiction, you've just got to modify it a smidge, says Ansel.

Instead of ordering something made with cream, half-and-half, or even flavored soymilk (more on that later), order a black coffee, straight up. Then add a little splash of whole milk to your cup, she says. That will cut loads of calories from the creamy brews you normally get or that flavored half-and-half in your fridge.

If you're not a fan of plain coffee, it's fine to add a pack of sugar to your brew, says Keri Gans, R.D., author of The Small Change Diet. But adding any more than that will definitely stunt your weight-loss goals, she says. "If you're a three-cup-a-day drinker with three packets each, the calories will add up."

If you've got a serious sweet tooth, a better option for anyone trying to lose weight is an artificial sweetener that has zero calories, Gans says.

The bottom line is that the further you stray from that straight-up cup, the more likely you are to screw with your pounds-dropping plans. 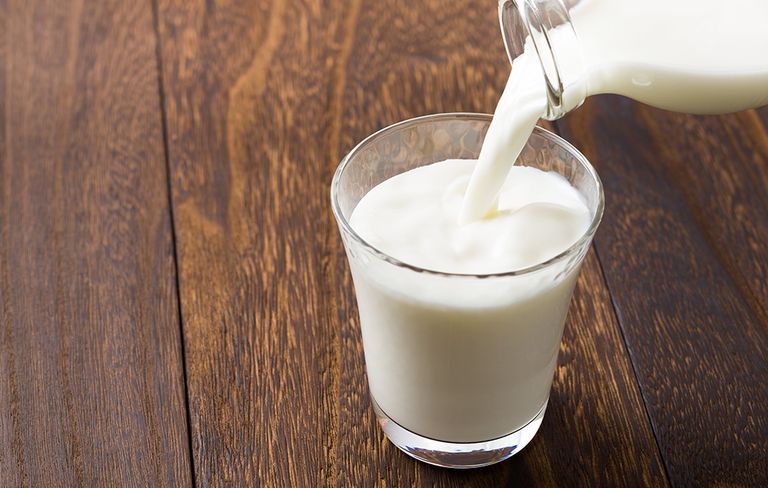 "Observational research rather consistently shows that consumers of fat-free or 1 percent milk tend to gain more weight over time than those who consume whole, unsweetened milk," says Ludwig.

In addition to avoiding skim milks, he also recommends avoiding milk substitutes with added sugars, like almond milk or rice milk, especially if you prefer the flavored kinds.

If you can’t handle dairy, or the gastro struggles that come with it, an unflavored, unsweetened nut milk is your best bet. One cup of plain almond milk, for example, only has 40 calories, two carbs and less than a gram of sugar, and it has half of the calcium you need in a day.

When you're trying to drop pounds, stick with 2 percent or whole milk. These are a great source of calcium, which helps you burn fat more efficiently, says Ansel. "And it's a top source of muscle-building protein, so it's a double win," she says. (Get more healthy-eating ideas from Scratch, a cookbook from our CEO, Maria Rodale!) 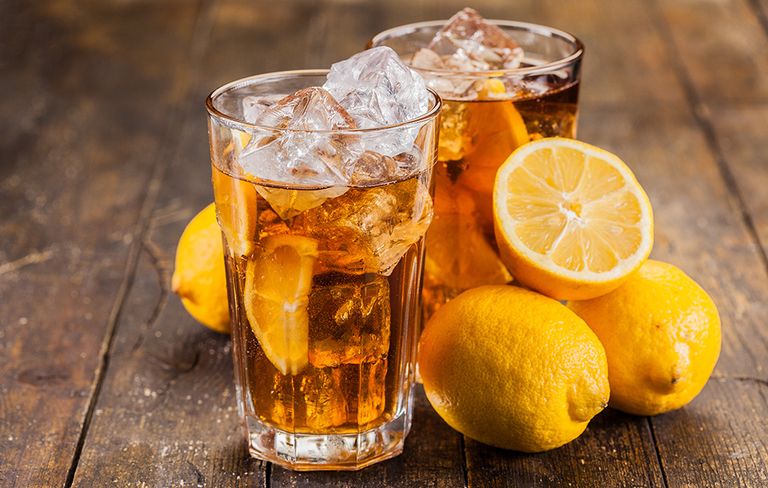 Almost every kind of pre-sweetened iced tea—from a restaurant or from the bottle—is usually a bad idea.

"It seems so light, but it contains so much added sugar that you might as well drink a soda," says Ansel. Another bummer: When you buy iced tea at the store, it's often packaged in 20-oz, single-serve bottles, making it easy to knock back 175 calories and 11 teaspoons of sugar, she says. Yikes.

If you're going to pick up a tea drink while you’re away from home, read the labels carefully. Gans says teas that are good-to-go are made with artificial sweeteners (or no sweeteners at all), and have little to no calories, she says.

Better yet, brew your own at home and add in some fresh squeezed lemon to cut the bitterness, says Gans.

David Ludwig, M.D., Ph.D., professor at Harvard Medical School and author of Always Hungry?, says that the sugar in juice is digested super fast because there are no other nutrients (like fat or protein) to slow it down. That leads to a giant blood-sugar spike and subsequent crash that leaves you craving sugar and carbs, says Ludwig. And since we drink juice even when we're not hungry, all those calories go straight to storage, he says.

While juice is definitely a better choice than a soda, since 100 percent juice should only contain naturally-occurring sugars and a little fiber, you still have to limit yourself to a one-cup serving per day, she says. To limit the blood sugar spike, chase it with a handful of protein-rich nuts.

Also worth noting: You need to avoid any kind of juice cocktail that contains added sugar (or sweeteners) in the ingredients, she says.

You would think that a smoothie made of fruits, vegetables, and little else would be a smart move on a diet, but that's not always the case, says Ansel.

If your go-to smoothie joint serves fruit-packed blends or you make yours at home, it's easy to go overboard, she says. "You wouldn't sit down and eat five servings of fruit at one time," Ansel says, "so why should you drink it?"

While smoothies can be a healthy meal or snack, it all comes down to portion control. A recipe that calls for a banana, a cup or more of berries, a cup of yogurt, and a splash of milk and/or juice is going to rack up the calories and sugar, says Ansel.

Instead, Gans recommends blending one cup of protein-packed plain Greek yogurt or milk to keep you full with one serving of fruit for energy, and a healthy, satisfying fat, like two tablespoons of peanut butter or one-quarter of an avocado. That's a mix that can fuel your weight loss goals. You can also check out these eight smoothies that will help you lose weight.

When all you want to do is crash and burn instead of hitting the gym, you might turn to an energy shot or a low-cal, sugar-free energy drink to get amped. But that's a mistake, says Gans.

If you're on track with your healthy eating, workouts, and sleep sched, you shouldn't need a jolt of energy from caffeine or whatever other crazy ingredients are in your can, she says. Your healthier lifestyle alone should leave you feeling energized.

Instead of guzzling a drink, assess whether you're getting enough sleep or eating enough calories to get you through your workouts, she says. Adjusting these habits so that you're naturally energized will automatically put you on track to lose weight, she says.