Caffeine After a Workout

All Credits go to Jim Thomas 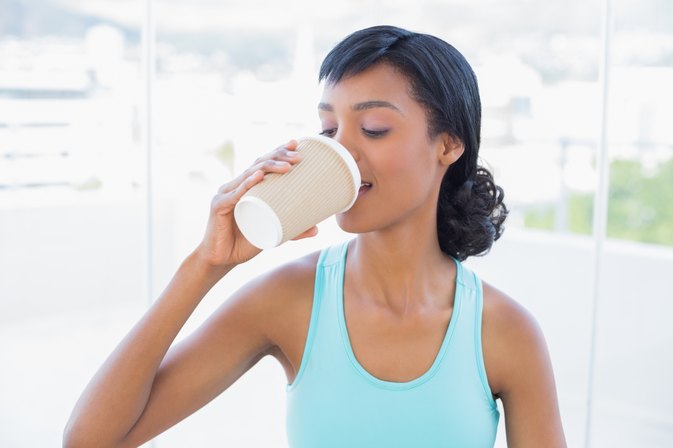 Research indicates that pre-race caffeine can improve your performance, especially in endurance contests. As health writer Gina Kolata notes in "The New York Times," researchers have been publishing caffeine studies since 1978. "And in study after study, they concluded that caffeine actually does improve performance." Taking caffeine after a workout hasn't been studied to the same degree. However, 2008 Australian study written for the "Journal of Applied Physiology" offers preliminary evidence that taking caffeine after endurance workouts might significantly shorten the time it takes you to recover from rigorous exercise.

Caffeine and a Glucose Boost

The 2008 Australian study, conducted by researchers at RMIT University, studied the effects of taking caffeine along with carbohydrates after endurance training. Since caffeine taken before and during exercise has been shown to increase the availability of muscle glucose -- and thus your endurance level -- the researchers posited that post-exercise caffeine might have the same effect.

In an article about the 2008 Australian study, written by trainer Monique Ryan, author of "Sports Nutrition for Endurance Athletes," she explains that the test subjects were cyclists and triathletes who biked from 12 to 15 miles per week. The night before the research test, the athletes rode to exhaustion. The next morning they again rode to exhaustion in order to further deplete their glycogen levels. All of the subjects were given carbohydrates in the form of sports drinks, gels and bars. The sports drinks of some of the riders were augmented with a heavy dose of caffeine.

The group that took caffeine along with carbs wound up with an average glycogen level that was a whopping 60 percent higher than the group that just consumed post-workout carbs. In addition, blood glucose and blood insulin levels increased in the caffeinated group, and the transfer of glucose into muscles may have been enhanced. Lead researcher John Hawley told Ryan, "Essentially it put more gas or petrol back into the engine."

Cautions with Your Cuppa

The Australian study used very high amounts of caffeine, the equivalent of more than five cups. Hawley says further research is needed to see if a more moderate dose of caffeine has similarly positive effects. Before you start slugging down coffee or soft drinks after a workout, keep in mind that many people experience nasty side effects from caffeine, including the jitters, heart palpitations and sleep problems. Caffeine, as well as exercise, may be dehydrating, so drink plenty of water and sports drinks to replenish your system.