How Does Your Body Burn Fat?

All Credit go to Women's Health 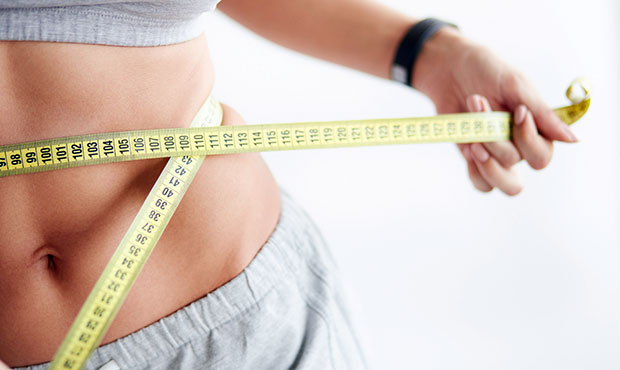 How would you like to magically burn off about 40 calories in the next 15 minutes, without even breaking a sweat? Want to try? Okay, here's what you do:

Go into the bedroom. Open up the closet. Look inside. Anything need to go to the dry cleaner? What about that pashmina you spilled New Year's bubbly on? Toss it in the laundry bag. Straighten a few hanging items and refold your sweaters so the inside of your wardrobe doesn't look like you had to flee the paparazzi. Good job. Now have a seat.

Ta-da! You've just smoked 40 or more calories in less time than it takes to put on your makeup, and all you did was neaten up your clothes. Magic, right?

Well, not really. You see, your body is already primed to be a fat-burning machine. All you need to do to start changing your body's shape is tune up that fat furnace and get it revving at maximum efficiency so you're burning even more fat while going about the mundane rituals of life.

This fat-burning magic comes from your metabolism, a word you've probably heard tossed around a lot but maybe don't quite understand. What is metabolism? Simply put, it's all the various chemical reactions that happen inside your body, 24-7, that keep you alive. It's food being turned into energy and that energy being burned off to keep your hair growing, your heart beating, your liver pumping out bile, your lungs transferring oxygen into your bloodstream and your intestines turning Amstel Light into urine (not that there's a huge leap there).

It's the engine room of your individual starship, your never-ending calorie burn. And while you may imagine that the majority of your calories get burned while you're engaged in some strenuous activity like riding a bike, diving into a pool or getting jiggy with your honey, you're actually burning most of your calories, well, just keeping the lights on.

In fact, think of metabolism as your caloric 401(K) program. It's not going to give you instant gratification, like hitting a slot machine jackpot. It's a long-term strategy, but it's a sure thing: Invest in it and you'll get slow, steady, effective returns that will keep you happy and healthy for years to come.

Now, like any long-term investment, it needs a little maintenance from time-to-time. Learn the smart ways to tweak your metabolism, improving your burn just enough to gain even more over the long haul. (Or to borrow what they say in financial circles, it's time to work less for your calorie burn and have your calorie burn start working for you!)

Prepare for a few surprises, starting with...

Why Burning Calories in the Gym Is a Waste of Time

Whoa—did we just say what you thought we said? That burning calories in the gym is "a waste of time?"

Well, stay with us here. Burning calories in the gym is great. But the energy you expend while you're in the gym isn't as simple as those tired old LED readouts on the treadmill might make it seem. See, we all have three "burns" that make up our metabolism.

Basal (resting) metabolism: Your basal metabolic rate (BMR) accounts for 60 to 70 percent of your overall metabolism, and surprisingly, it's the number of calories you burn doing nothing at all: lying in bed staring at the ceiling or vegging on the couch watching TV. As we said earlier, it's fueled by your body's inner workings—your heart beating, your lungs breathing, even your cells dividing.

Digestive metabolism, or thermic effect of food (TEF): Simply digesting food—turning carbs into sugar and turning protein into amino acids—typically burns 10 to 15 percent of your daily calories. Digesting protein burns more calories than digesting carbohydrates or fat—about 25 calories for every 100 consumed. Digesting carbohydrates and fat burns about 10 to 15 calories for every 100 consumed.

So pause a moment to think about this: Between 70 and 85 percent of the calories you burn every day come from either eating or just hanging around doing nothing.

So why is it so hard to lose weight just by exercising? Why are there so many fat people in the gym? The answer is simple. Exercise only targets 15 to 30 percent of your fat burn. Up to 85 percent of the calories you burn in a given day have nothing to do with moving your body! Does that mean you should quit the gym? Well, not quite.

Fat doesn't just show up at your door one day, rent a room and live alone quietly. Fat loves company. Fat's organizing a cocktail party where nobody ever goes home and everyone hangs out around your midsection. The more fat you open the door to, the harder it will be to stop even more fat from inviting itself in. Here's why:

Your BMR or resting metabolism—the body system that eats up the majority of your daily calorie burn—is determined by two things: your parents, and the amount of fat versus muscle in your body. And while you can't choose who your parents are, you can improve the other part of the equation and turn your resting metabolism up a few notches.

The problem is that fat plays its own role in the metabolic game, and it's literally working to slow down your calorie burn. See, the term "fat and lazy" is pretty accurate from a scientific standpoint. Fat is lazy, on a metabolic level. It barely burns any calories at all. For your body to support a pound of fat, it needs to burn a mere 2 calories a day. Muscle, on the other hand, is very metabolically active.

This is key and why muscle is your BFF in the fat-burning process: At rest, one pound of muscle burns three times as many calories every day just to sustain itself—and a lot of those calories that muscle burns off come from fat's storage units. That's why fat hates muscle, and why you should love muscle, because muscle is constantly burning fat off.

Fat actually fights back, trying to erode muscle and fit more of its fat friends into your body. The real villain in this internal battle happening right now, in your body, is a nasty character called visceral fat. Visceral fat is the kind that resides behind the abdominal muscles, surrounding your internal organs.

And visceral fat works its mischief by releasing a number of substances, collectively called adipokines. Adipokines include compounds that raise your risk of high blood pressure, diabetes, inflammation and heart disease. Visceral fat also messes with an important hormone called adiponectin, which regulates metabolism. The more visceral fat you have, the less adiponectin you have, and the lower your metabolism. So fat literally begets more fat.

A study published in the Journal of Applied Physiology showed that those biologically active molecules that are released from visceral fat can actually degrade muscle quality—which, again, leads to more fat. The solution?

After age 25 we all start to lose muscle mass—a fifth of a pound of muscle a year, from ages 25 to 50, and then up to a pound of muscle a year after that—if we don't do anything to stop the decline. And on top of a slumping metabolic rate, loss of muscle strength and mass are empirically linked to declines in the immune system, not to mention weaker bones, stiffer joints and slumping postures. Muscle mass also plays a central role in the response to stress. And further research is expected to show measurable links between diminished muscle mass and cancer mortality.