Ready to Start Running Longer? Here's How to Conquer Any Distance and Feel Good Doing It

All Credits Go To : Maggie Ryan 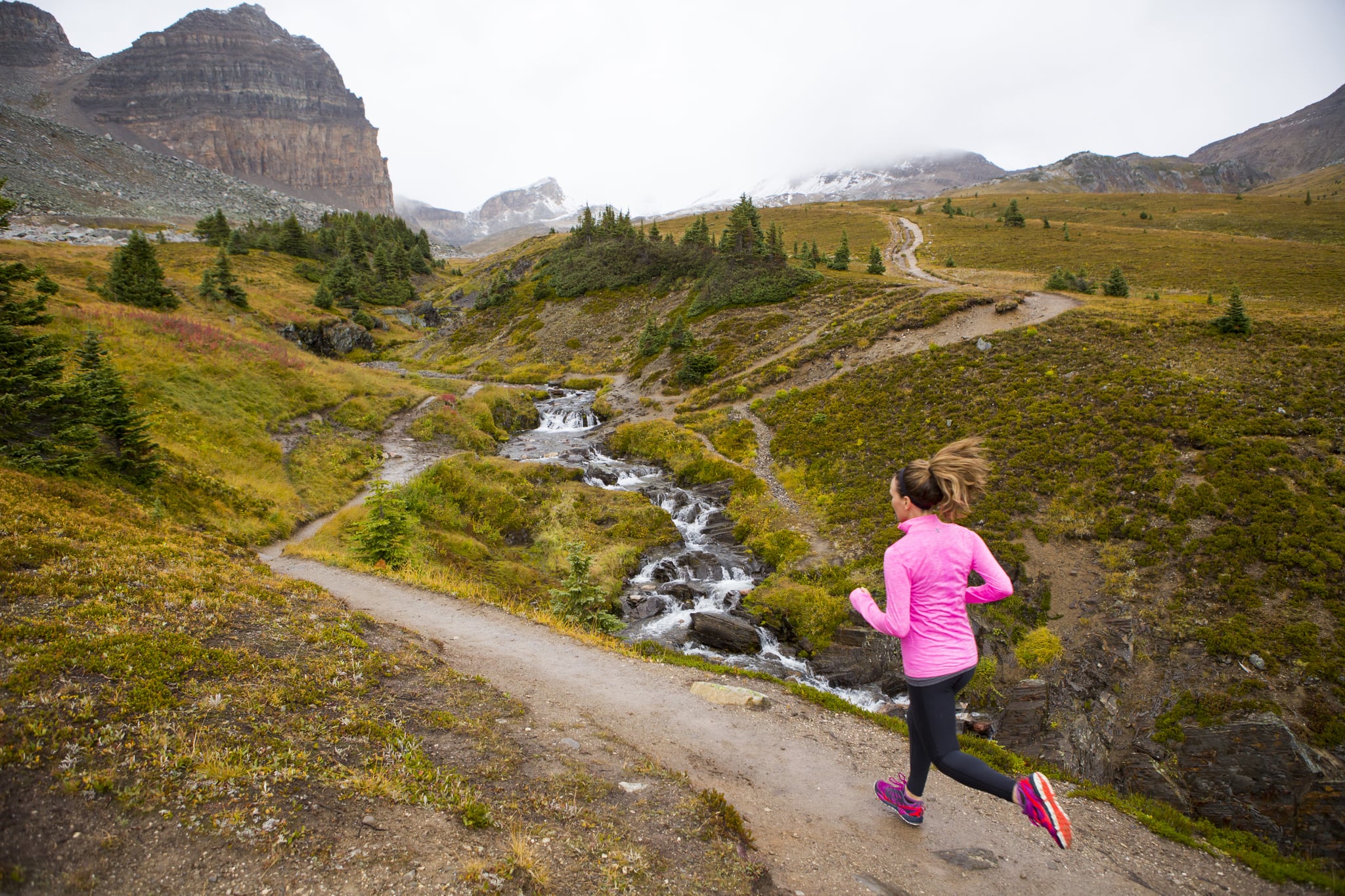 Whether you're closing in on your first 5K or training for a half- or even full marathon, if you've been bitten by the running bug, chances are you've started to feel the urge to push your mileage. Running longer and farther lets you pursue longer races and set higher and higher goals. Plus, it feels awesome to be able to run distances you've never dreamed of, whether that's two miles or 20.

But even those of us who love running know that pushing toward longer distances is going to come with some discomfort: aching muscles, aching lungs, blisters, chafing, and generally feeling exhausted. Sometimes, there's no way around it; if you're running 15 miles, your body is going to need to rest by the end. But if some of that exhaustion can be remedied — and good news: it can — runners old and new want to know how to do it. POPSUGAR spoke to two running experts to get the full story on how to run longer, minus the fatigue.

Preventing fatigue ultimately comes down to form, according to Michael Fredericson, MD, professor and director of physical medicine and sports medicine at Stanford. "The more efficient your running gait is, the less energy you're going to need to use, and the less fatigued you're going to get," he told POPSUGAR. Perfecting form sounds complicated, but Fredericson said the main thing is to stay relaxed. Tensing your muscles not only makes them ache but also uses extra energy and intensifies the impact on your body as you run.

If you're having trouble upping your mileage, it's ideal to consult a running coach or doctor and schedule a gait evaluation. You can also analyze your own form, keeping an eye out for a few common mistakes that could be overtaxing you on your runs.

Running efficiently also means supporting your knees, which you can do by strengthening your hips and feet. Fredericson recommended exercises like clamshells, squats, and single-leg squats to improve hip strength.

To stabilize your foot muscles, stand on one foot (you can try a yoga Tree Pose if it's comfortable) and focus on maintaining the arch in your foot without letting it collapse. "Think of your foot like a tripod, from the heel to the big toe to the little toe," Fredericson said. "You're helping that tripod lift up your arch." Strengthening your calf muscles (particularly the gastrocnemius, the big round muscle in your calf) will also help support proper running form. Fredericson recommended doing strengthening exercises at least every other day.

Breathe Into Your Diaphragm

Another major discomfort when you're increasing your mileage: aching lungs. Again, Fredericson said this comes back to staying relaxed. "When people get tense, they start to breathe from their chest," he explained, which makes you feel short of breath. Instead, focus on breathing from your diaphragm, the muscle just below your ribcage. That in and of itself can help you relax, but it'll also make your breathing slower and more efficient.

Another way to ease your breathing: slow your pace, said exercise physiologist and personal trainer Tom Holland, MS, NSCA-CSCS, ACSM, who's completed over 60 marathons. When you're just starting to push your distance, there's no such thing as running too slowly or taking too many walking breaks. "That's how you gradually build up your running endurance while decreasing the cardiovascular discomfort," he told POPSUGAR.

Focus on setting a slow, comfortable pace at the beginning of the run in particular, Holland said. Starting out even a little too fast can put you into oxygen deficit, cause stomach cramps, and turn the run from relaxing to tense and uncomfortable.

You know how running often makes your mind wander? Embrace that, Holland told POPSUGAR. Disassociating during your runs — focusing on anything other than the run itself — can make you feel like you're not working quite as hard. That decrease in perceived effort makes you less tired, certainly, but it also makes your run more enjoyable.

If you have a hard time getting to that free and relaxed state of mind on your own, Holland recommended listening to music or running with a partner or group. Running with others, he added, is a great way to learn more about running, hold yourself accountable, and have more fun on even the hardest runs.

Trading the sidewalks or the treadmill for the elliptical, exercise bike, or pool might seem counterintuitive when you're trying to increase your mileage, but both of our experts recommended it. Holland told us that cross-training gives you variation, for one thing, which offers a much-needed mental break. It also helps you avoid injuries and eases the daily wear and tear that can make runs even more exhausting.

Pool workouts like swimming laps or aqua jogging can be a huge boon to runners, preventing overtraining injuries like stress fractures. Fredericson has even had patients train for marathons by running almost exclusively in the pool, with just one road run per week. Holland also recommended cycling and the elliptical as complementary cardio for runners.

Patience is key when you're upping your mileage, because pushing too far too fast is a recipe for injury. By maintaining good form and keying into mental tricks and cross-training workouts, it's definitely possible to hit your distance goals without exhausting yourself in the process.