All Credits go to Avery Mann 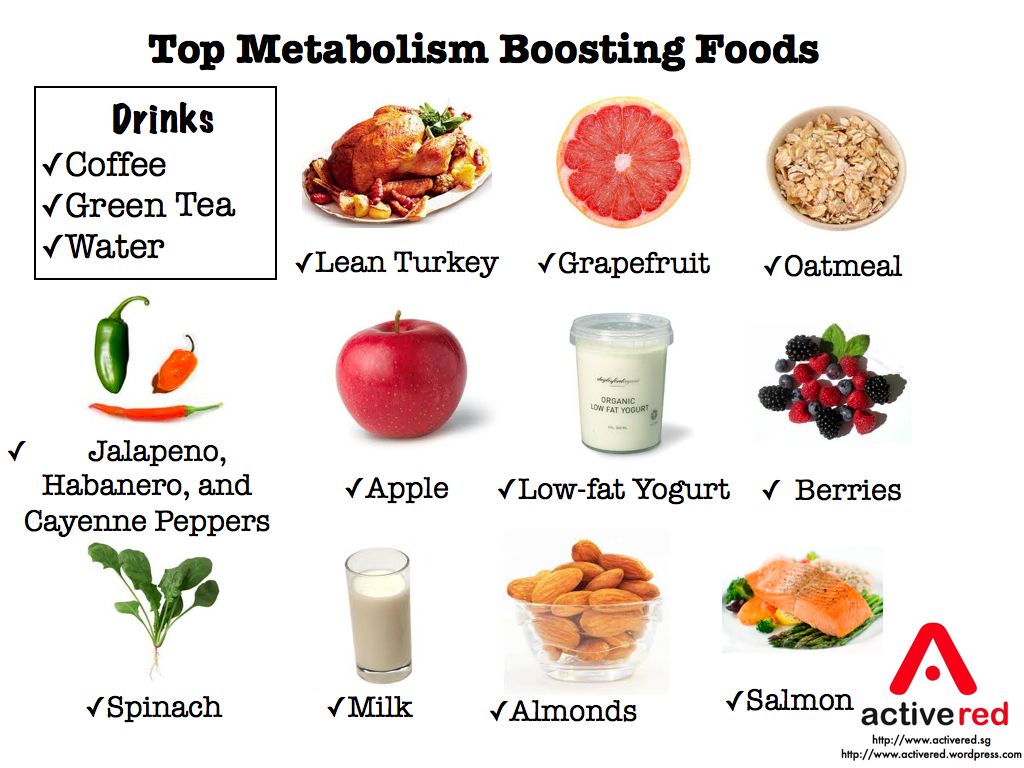 According to the Mayo Clinic, metabolism is the process by which your body converts the food and drink that you consume into energy. During metabolism, calories are combined with oxygen to release energy into the body. Your individual metabolic rate (the number of calories your body consumes to function normally) varies according to a number of factors, including your sex, age and body size. If you are looking to reduce your weight, then the Mayo Clinic recommends regular exercise, combined with healthy eating. Additionally, you can boost your metabolism by consuming certain foods. Here are five different metabolism-boosting foods.

Dried red pepper. Dried red pepper can add color and a strong flavor to a wide variety of dishes. A study undertaken by Purdue University found that the ingredient could also boost metabolism. Participants in the study found that consuming the red pepper helped manage appetite and burn more calories after the meal.

Green tea. According to the University of Maryland Medical Center, green tea extract can boost metabolism and help you burn fat. A combination of green tea and caffeine was found to improve weight loss in people who were already moderately obese. It is believed that substances called catechins, found in green tea, are responsible for the effect on your metabolism.

Grapefruit. Grapefruit has long been a popular choice in weight loss diets, but this tasty fruit can also help boost your metabolism. According to a study undertaken by the Department of Nutrition and Metabolic Research Center, participants who ate half a fresh grapefruit with each meal lost 3.6 pounds. Scientists believe that grapefruit reduces insulin levels, which allows the body to metabolize fat more effectively.

Strawberries. Fruits that are rich in vitamin C should be added to your diet if you want to boost your metabolism, according to a study in the journal “Nutrition and Metabolism.” The vitamin C found in fruits like strawberries helps the body oxidize fat. The study found that participants with reduced levels of vitamin C lost 25 percent less fat.

Yogurt. Researchers from the University of Tennessee studied the impact of dairy products on weight loss and found that participants that had consumed yogurt lost more weight than a control group. The people that had eaten yogurt also found that they lost less lean muscle, thanks to the metabolism-boosting effects of the dairy product.